My boyfriend and I decided to rent Guardians of the Galaxy on Maxdome. I had seen the movie previously in the cinema but hadn’t enjoyed it very much. Mostly, because I’ve had too high expectations of it. Before watching the movie for the first time, I decided to read some Guardians comic books. I really loved Gamora and Nebula, and their sisterly relationship to each other (sisters hate each other more often than not, trust me). So if you have seen the movie, you might understand why I was a little disappointed. Watching it the second time around, I only cringed slightly at Nebula’s scenes. Otherwise, the movie was amazing. Now let me tell you why.

First of all, there’s the music. I really dig the music. All the music. The original score is beautiful and fits the scenes perfectly. What makes the movie so much fun, though, is the “Awesome Mix, Vol.1” tape that Peter Quill (Chris Pratt), also (not) known as Star Lord, carries with him wherever he goes. No but seriously. Look at this opening scene (no spoilers) and tell me it’s not the best thing you’ve seen in a long time:

Chris Pratt is doing an amazing job as Star Lord. His body language, his facial expressions, … his dancing? I mean, come on. This scene is worth gold.

The Guardians of the Galaxy are made up of a group of “losers, [as in] folks who have lost stuff”, as Peter Quill puts it so eloquently. They’re not exactly your typical hero-type of people.

There’s Peter Quill, who was kidnapped from Earth and then raised by alien space pirates (Scavengers), right after his mother passed away. He is a thief whose loot, an Infinity Stone, puts him in more trouble than he bargained for.

Thanos’ favourite ‘daughter’ and assassin, Gamora (Zoe Saldana), decides to betray her ‘father’ by stealing the Infinity Stone and thus buying her freedom.

Rocket (voiced by Bradley Cooper), an alien who looks like a racoon (but is not) and Groot (voiced by Vin Diesel), a tree whose only words are “I am Groot.” in exactly that order, initially want to capture Quill to get the reward money but decide that selling the Infinity Stone is a good alternative, and thus team up with Peter instead.

Drax (Dave Bautista), also known as The Destroyer, suffered the loss of his wife and children. His only desire is to get revenge for their murder. In order to achieve this, Drax intends to use Gamora to get closer to his goal.

The tone of the opening scene is also the tone of the whole movie. It’s light, funny, and entertaining. I usually like dark, brooding characters and dramatic, heart-wrenching stories. And there’s some of that in Guardians as well. It wouldn’t be a superhero movie without a dark and brooding villain (portrayed wonderfully by Lee Pace). Overall though, this movie is just so much fun. 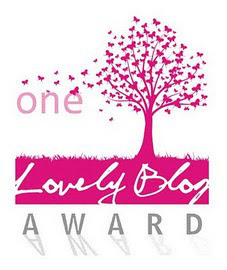